In the last year, I realized that he had wrong attitudes about
the instructions the Lord has given me. For some time now,
the Lord has put things in my heart I wanted to do and instead start doing immediately, I took an attitude of «someday I will». I hesitated. I was on the bench. Praise God for His correction and grace because I no longer doubt more! I am no more sitting on the bench. On the contrary, I am … standing … as
Peter the disciple, ready to do what God has called me to do. And
instead of saying «someday I’ll do that , » say, «Lord, send me to go. I’m ready! » Obedience as Praise all have a main form of praise – obedience. The Bible is that, as a whole. It is give ourselves to the Lord – our thoughts, our ideas and our way of doing things-. He is the boss. That’s a fact – He does not need to prove it . And if we allow it be in charge, He will bless us and fulfill a standout in our life plan. However, if we assume a position of «I can handle it all by myself» or if we think that we have given to the Lord all our worries when in fact we have just put in our back pockets, we begin to experience stress. Of course we give the Lord a situation does not mean we should do nothing. We have to do something or not, our actions will not be decided by us. They should be decided by him. He will tell us what we should do. We can learn from the example of Jesus. When Jesus was on earth, He trusted the leadership of His Heavenly Father. He said: «I can not do anything for myself [independently in my own way – but only as God taught me and as I get His orders]» (John 5:30, AMP). And we must imitate Christ (1 Corinthians 11: 1), we should listen to our heavenly Father and obey the same way Jesus did.

Make it a lifestyle
Let ‘s look at Proverbs 22:17. «Listen (approved and surrender) to the words of the wise, and apply your mind to my knowledge» (AMP)
We can not allow the Lord ‘s instructions come in one ear and out on the other, or hear no intention of obeying what we hear. That does not qualify as listening.
Once «surrender our mind» to listen to the instruction of the Lord , as he tells this writing we must cling to that instruction. We must make the decision and say, «I believe in what the Lord told me, and I will.»
Proverbs 22 continues this way: «Because it will be pleasant if you keep them in your mind [believing them]; your lips become accustomed to [confessing] them. » As usually declare the Word that the Lord has given you, you will begin to get used to it.
When we decided that we will obey him even before listening, we put ourselves in a position to hear the Lord ‘s instructions. Then, when we hear it , we absorb it and decided: «I’ll do it.» Once we have heard, applied our mind and believed the Word of God, we begin to habitually say it , and it becomes a lifestyle.
Some time ago, we received criticism concerning the Superkid Academy. Some people told us: «We do not think you should do the children say the creed of Superkid, when you know you are not obeying their parents or living what you
are saying.»
I wanted to ask, «Do you hear a lot in this ministry?»
many people do not understand why we say things that are not yet certain. But we know we must speak for faith to ensure its manifestation. When we say we are healthy but still hurts us, or when we say that we walk in love, even when we are struggling with our relationships, we are retraining our minds. Our mind has been renewed «so [our] truth (belief, reliance, support, and confidence) is in the Lord» (verse 19, AMP).
After we started to declare His words usually becomes easier to believe the Mr. This is what God meant when the apostle Paul wrote: «So faith comes from hearing, and hearing from the word of God» (Romans 10:17). We hear the word, and then declare. We felt so comfortable declaring that becomes a habit … and then faith comes. I’m not talking about an experience of the new era. I’m talking about real and concrete faith. Faith comes through this process of listening and declare that develops trust in us. Suddenly, believing in the Lord’s easier.

Look at Peter in a different light
looks at Peter. He is one of my favorite characters from the Bible. Too often we look at Peter for his falls or the times he had no faith, but I want us to look at the chapter in walking in the water in a new light.
«Right away, Jesus made ​​his disciples get into the boat and go on ahead to the other side, while he dismissed the crowd … the boat was in the middle of the lake, buffeted by the waves because the wind was against them . But near dawn Jesus came to them walking on the water. When the disciples saw him walking on water, were terrified and filled with fear, they shouted: «! A ghost» But then Jesus said to them, «Courage! It’s me! ! Do not be afraid «Peter said , » Lord, if it be thou, bid me come to you on the water. » And he said , «Come.» Then Peter left the boat and started walking on the water toward Jesus. But when he saw the wind, he was afraid and began to sink. Then he shouted, «Lord, save me!» Jesus immediately reached out and, as he held, said , «You of little faith! Why did you doubt? «When they got into the boat, the wind died down. Then those who were in the boat came and worshiped him, saying, «Truly you are the Son of God» (Matthew 14: 22-33).
Peter was with the other disciples in a boat in the middle of a storm . Usually we remember this passage because Peter shifted his eyes off Jesus and sank, but I want you to consider from a different perspective. First, he considers what was happening at the time. In the middle of a storm that was threatening his life, Peter put his eyes on Jesus. I stop looking the situation around him and focused on Jesus. What a beautiful thing!
Second, walk on water was the brainchild of Peter, not Jesus. Think about it. Peter called Jesus, asking him to allow him to do the impossible. He did not just by natural laws. He knew that Jesus was above all those laws.
Third, let ‘s give Peter another credit for daring to leave the boat. The other disciples could have jump behind him, but did not. Of all the faithful students of Jesus, Peter was the one who was willing to follow the Lord in what seemed an impossible situation. And the truth is that the disciples were afraid of him. They had thought that Jesus was a ghost. They had cried because of fear before the Lord answer them. Then, the Bible says that Peter replied. Peter overcame his fear and the Lord answered without hesitation.
Finally, look at this: Peter offered to Jesus when he said, «Lord, if it be thou, bid me come to you over the waters» (verse 28). He stepped into a place where his feet would not do him any good, which had sunk to the bottom. However, he offered himself in faith to Jesus – and in doing so, found a solid foundation.
Pedro had no problem until took his eyes off Jesus. He got out of the boat, started walking toward Jesus and then watched the storm and was frightened. It was only when he stopped looking at Jesus sank.
That’s a lesson for us all. We fail when we take our eyes off Jesus. But if we keep our eyes on Jesus, He will take us to the right place at the right time. He will help us take steps and do the things you need to do. It will help us to walk in the miraculous.

Return
When Jesus asks us to take a step and do something specific, we need to do. That word may be different for each of us, but we need to
say «yes.»
Like Peter, we can not doubt. On the contrary, we must trust that the Lord will guide us for the best way because he loves us, every one of us.
And of course, when we walk in love, fear is cast out (1 John 4:18). When we remember, Jesus loves me, that casts out fear to do what He is asking us to do.
When sickness and disease threaten us, we need to think: Jesus loves me. By His stripes I am healed. That truth will cast out fear. If we put the Word of God in our hearts continually, they will become a habit … making it easy for us to trust Jesus.
Let me ask you: Do not have clarity or feel uncertain about your vision? If you are, go back and ask yourself: What was the last thing the Lord told me to do? What was the last vision I received in my heart? Close your eyes and allow the Holy Spirit to bring back to mind the things that He has called you to do, as it did me. All you need to do is open your heart like Peter and declare: «Lord, send me to go. I’m ready!» 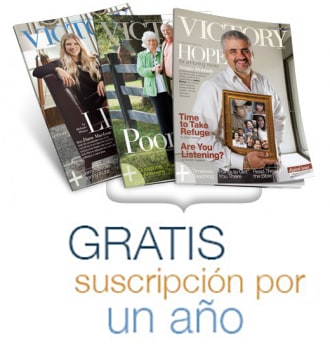